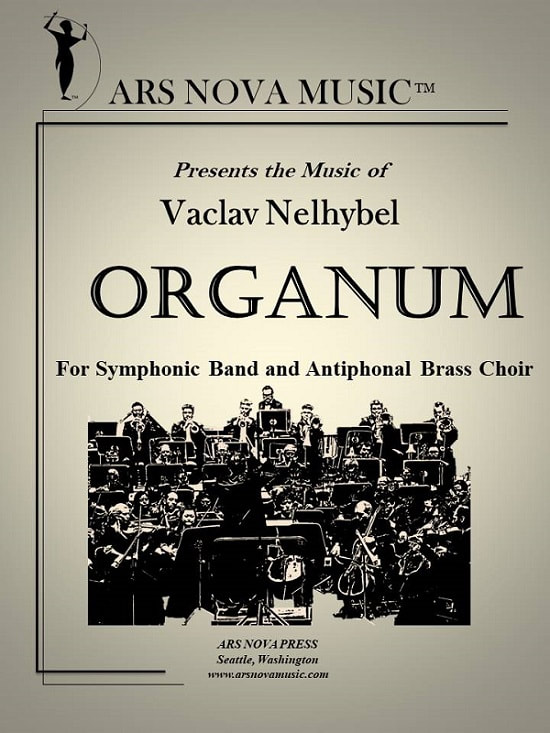 "Organum" is a term used to describe a XII century technique of composition in which a quotation from the plainsong, with each note stretched in the pedal point manner, is sung (and played) in the bass while the two or three upper melodic lines proceed in rather rapid rhythmic values.

An ancient Bohemian chant, in a moderately expanded version, constitutes the theme of ORGANUM; it is played by antiphonal brass; the rather complex contrapuntal additions are supplied by the woodwinds and brass of the band.

The composition begin with the band and percussion playing the three opening notes of the theme. After a turbulent statement of the brass and timpani alone, there follows the statement of the wood winds. The composition comes to a close with the simultaneous repetition of their respective statements by the woodwinds and brass; they are joined by the full percussion and the antiphonal brass, the latter carrying the main theme.

Inspired by the words of the ancient Bohemian chant "Let us not perish, nor our children...", ORGANUM is an outcry to reason, to God. The woodwinds and brass represent the turbulence and the destruction of mankind, from within and from without; the chant in the antiphonal brass symbolides the plea for reason and for hope.