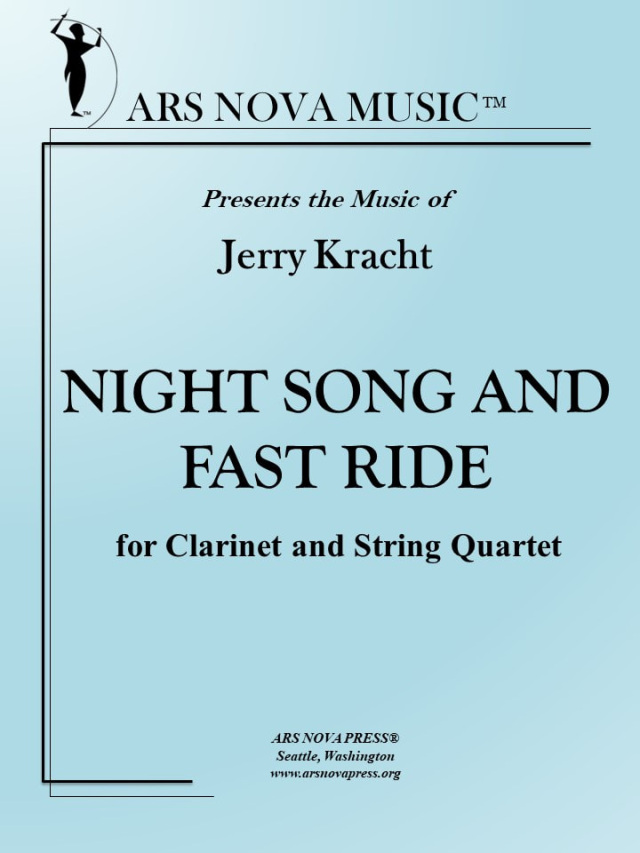 A brief and somewhat dark introduction leads to a simple, more hopeful song. Eventually, the notes A-D-A-C-G emerge as the motive most to be developed, its intervalic sequence coming back in various guises throughout the pieces, in the Ride as well as the Song. The Ride contrasts, of course, with its promised fast pace, the main motive now a rapid quintuplet underpinning the proceedings. Later iterations produce a fanfare-like motive for the clarinet and chorale-like statements for the strings. A more lyrical and optimistic second theme contrasts, but the tension continues to mount, broken only toward the end by a hushed return of the main motive, now in its simplest form and set for the clarinet over a short reminiscence of the very beginning. Things would seem to e ending like they began -quietly, slowly and darkly- but a brief coda soon interrupts to end it all instead with an "all's well" shrug.

The two movements are connected and, together, take about 10 minutes to traverse.