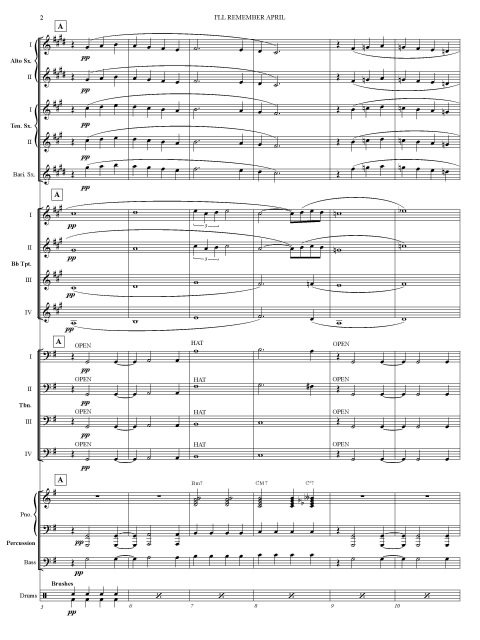 This arrangement is reminiscent of the ballroom music of the 40’s and early 50’s, andwas prepared in the “easy listening” style for the entertainment of the troops during the Korean War.