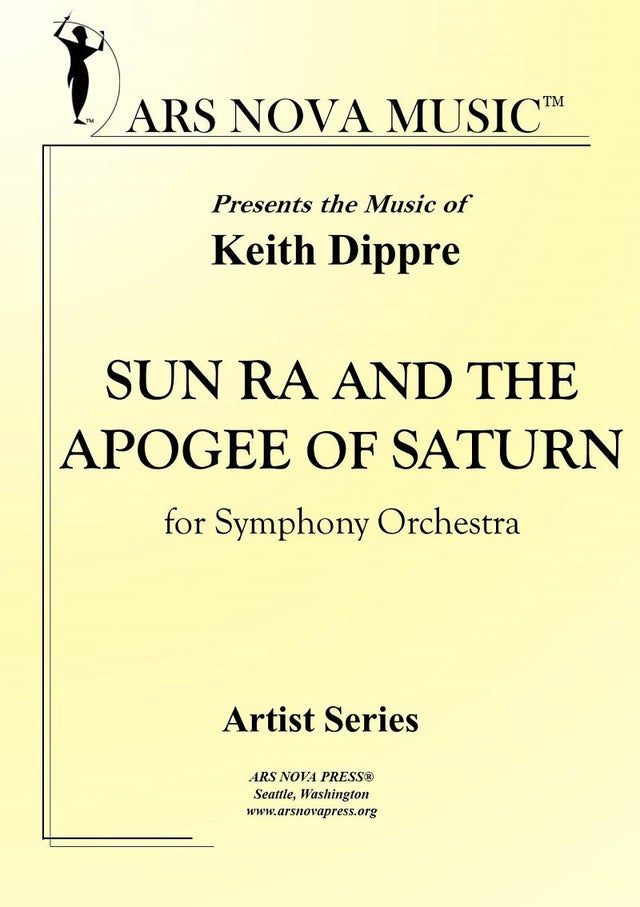 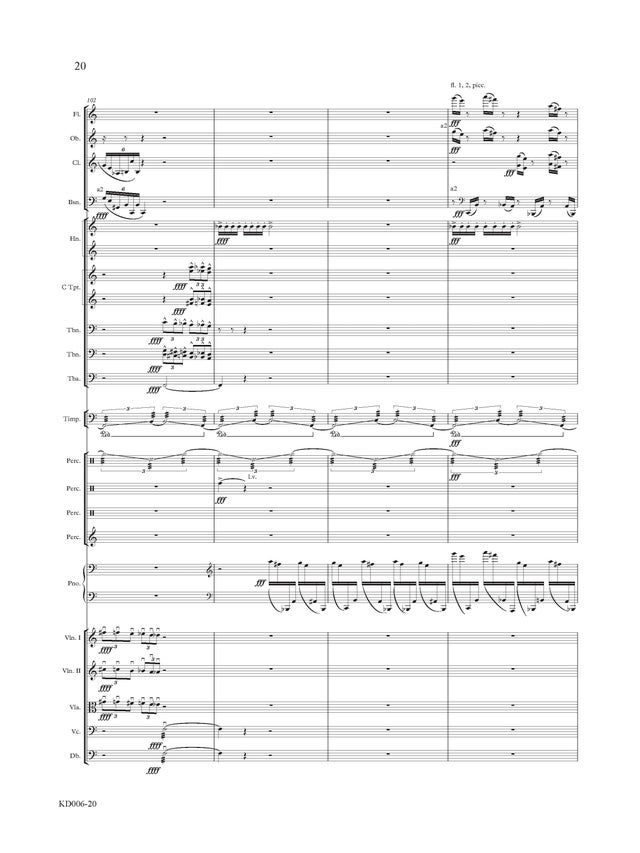 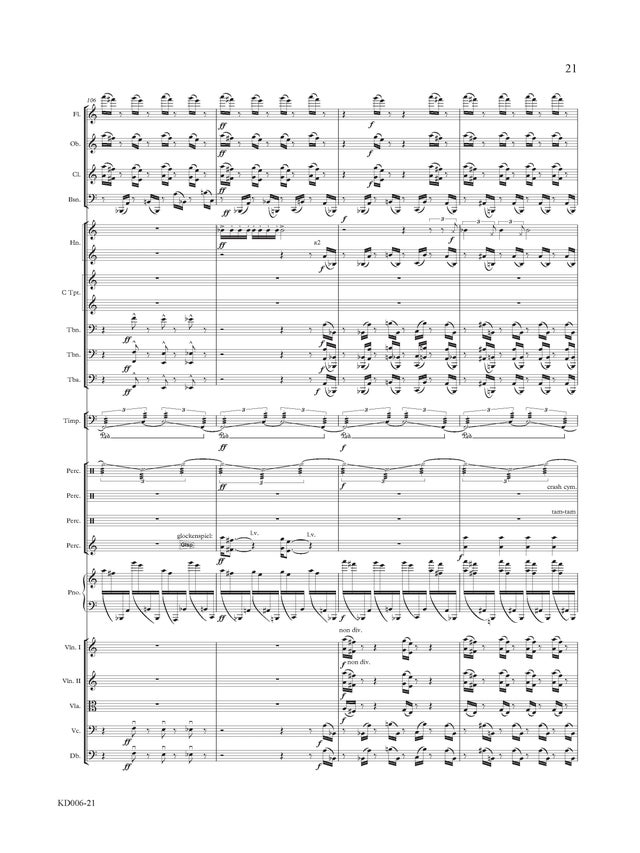 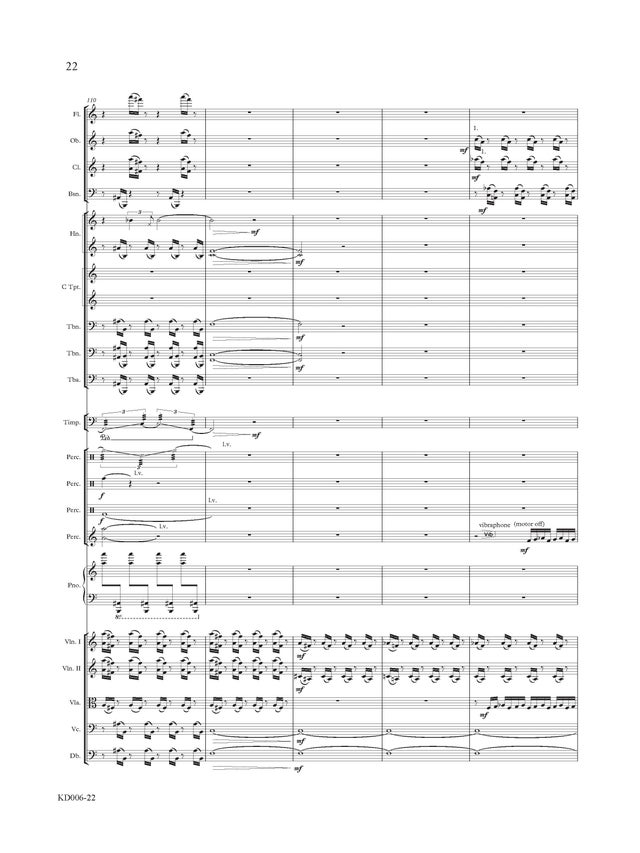 Keith Dippre - Sun Ra and the Apogee of Saturn

Sun Ra was arguably one of the most fiercely original musicians that ever lived. His Arkestra resembled a standard big band yet sported garish space helmets, and every member was required to play auxiliary percussion instruments. Their live shows often featured a kind of jazz anarchy where band members would routinely destroy equipment wile Sun Ra improvised at the synthesizer. He also claimed to be from Saturn, thus space travel was a common thread in

Sun Ra's music. Sun Ra and the Apogee of Saturn is in no way an attempt to sound like its namesake-which would be essentially impossible-but is inspired by Sun Ra's free-spirited approach. There is plentiful percussion, extended techniques (the strings play between bridge and tailpiece), and a shofar (an ancient Hebrew instrument made from a ram's horn).