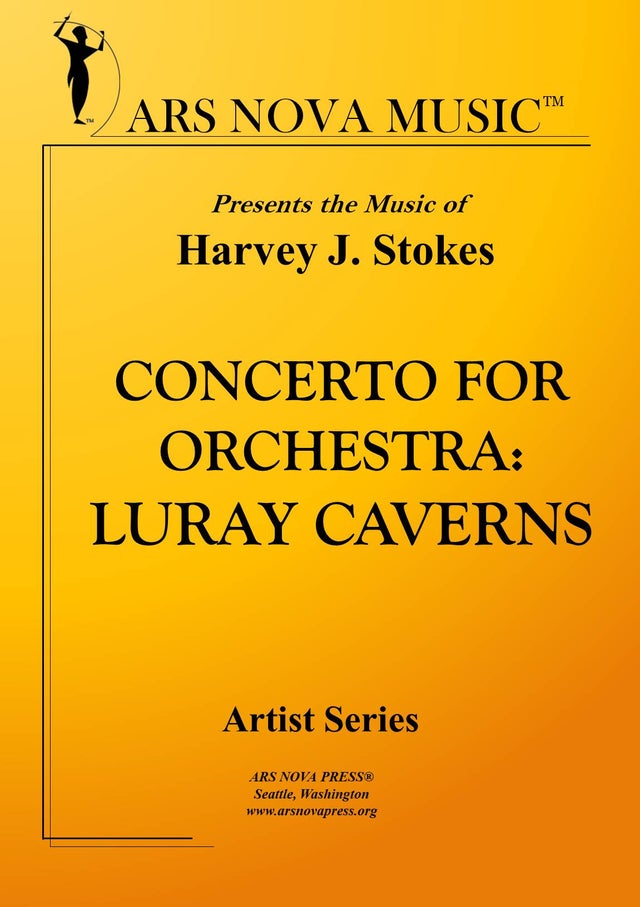 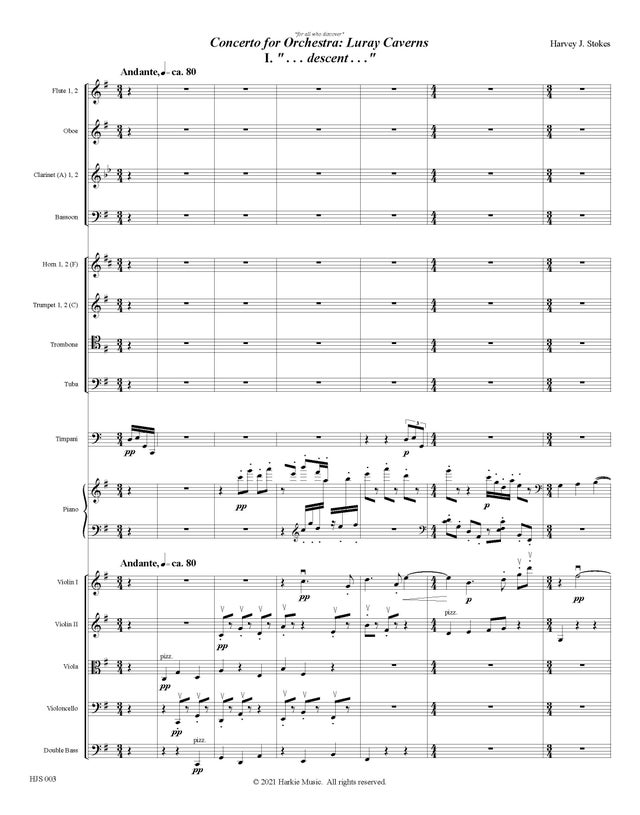 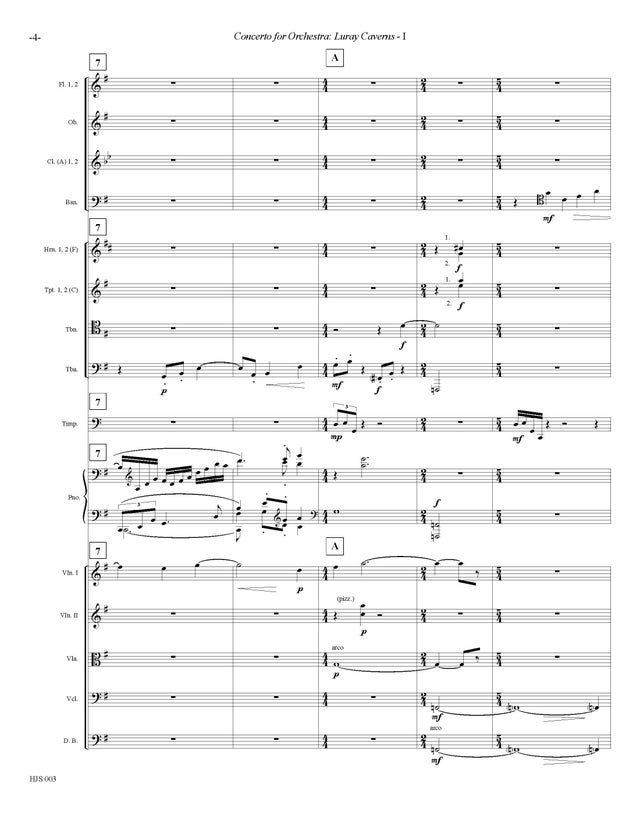 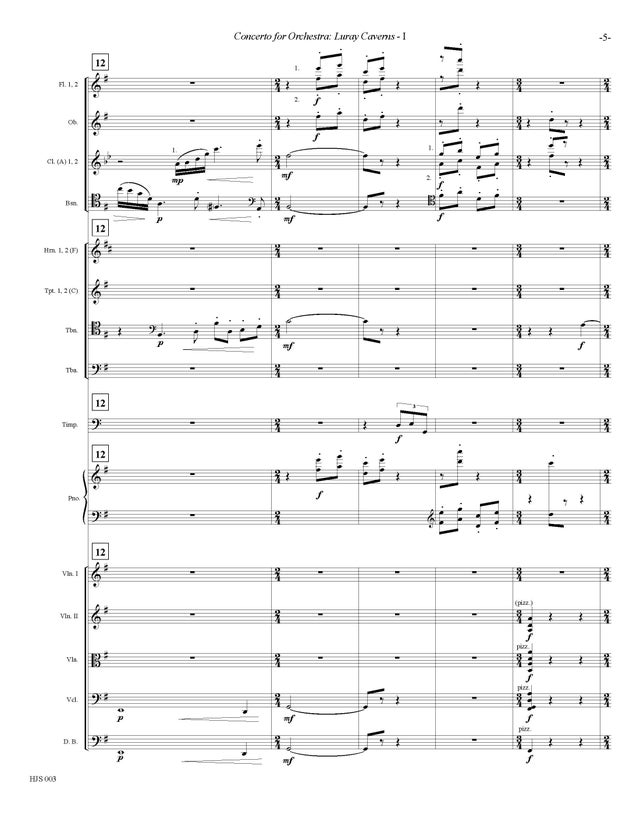 Concerto for Orchestra: Luray Caverns was composed during the summer of 2021, and

celebrates the Luray Caverns, which is one of the great visual wonders of America.

The three movements are to be performed attacca, and the orchestra represents respectively an initial descent into the Luray Caverns, a discovery of the physical and musical wonders of the deepest portions of the Luray Caverns (including hidden references to works of Bourgeois and Willis), and a concluding ascent upward from inside the Luray Caverns. The "solo" character of the woodwind, brass, percussion, and strings is reflected in the title of the work.