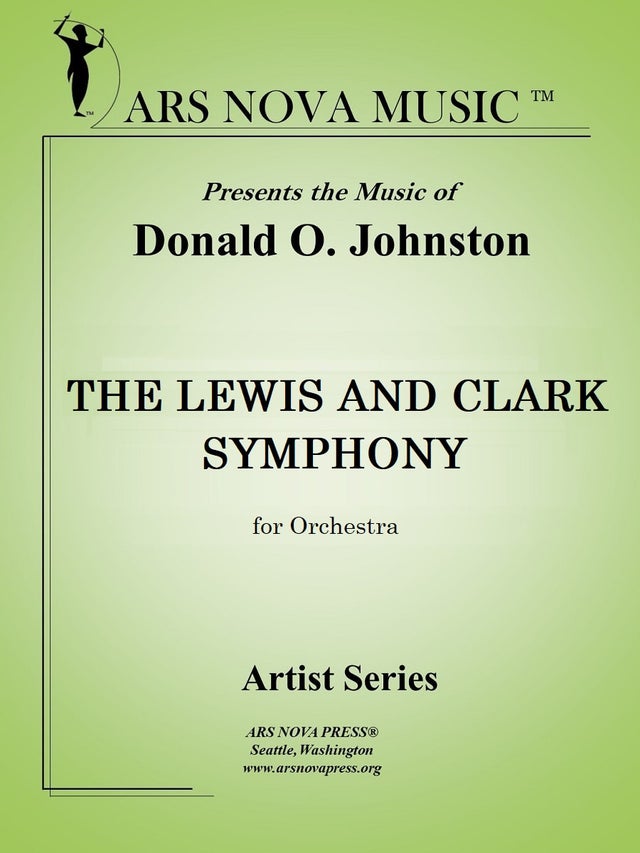 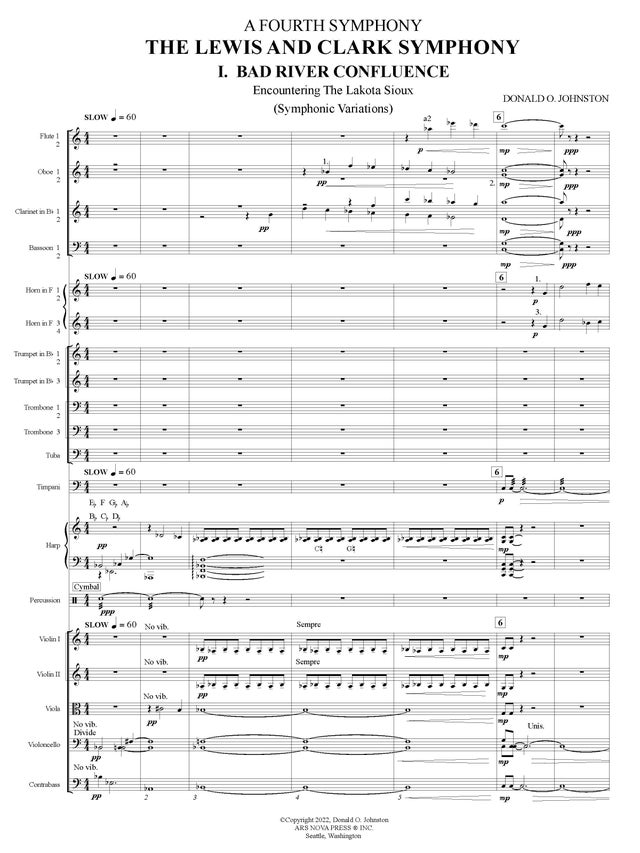 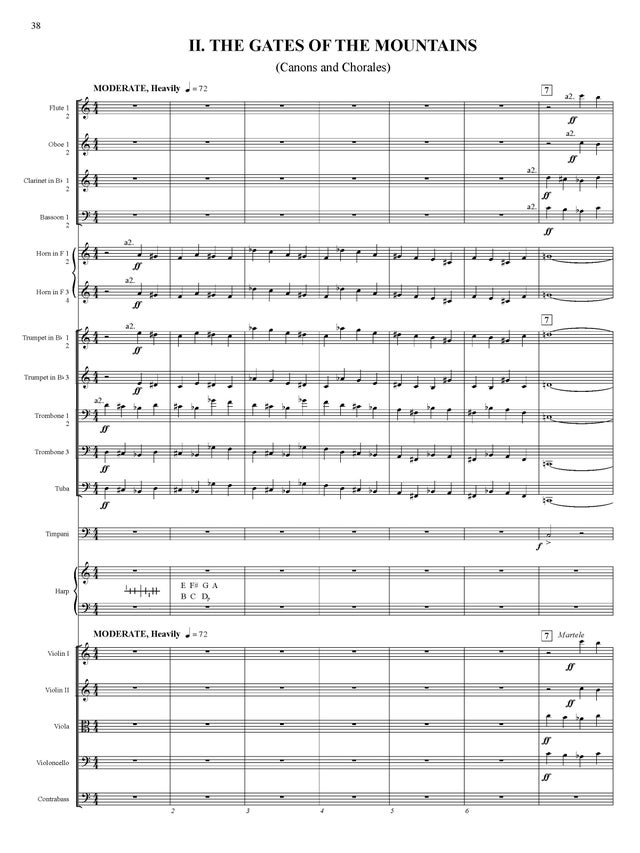 THE LEWIS AND CLARK SYMPHONY is a re-imagined version of Johnston's FOURTH SYMPHONY, which is a non-programmatic, "absolute music" form of construction. Scott Billadeau, a former student of Dr. Johnston, heard things a bit differently when it came to the FOURTH SYMPHONY. He perceived the FOURTH as the musical representation of the famous Lewis and Clark Expedition which indeed did traverse within a stone's throw of where Johnston composed the symphony. A meeting was arranged with Dr. Hal Stearns, historian, Brigadier General and noted expert regarding the Lewis and Clark journey. Stearns concurred and suggested several dramatic events captured by the music.