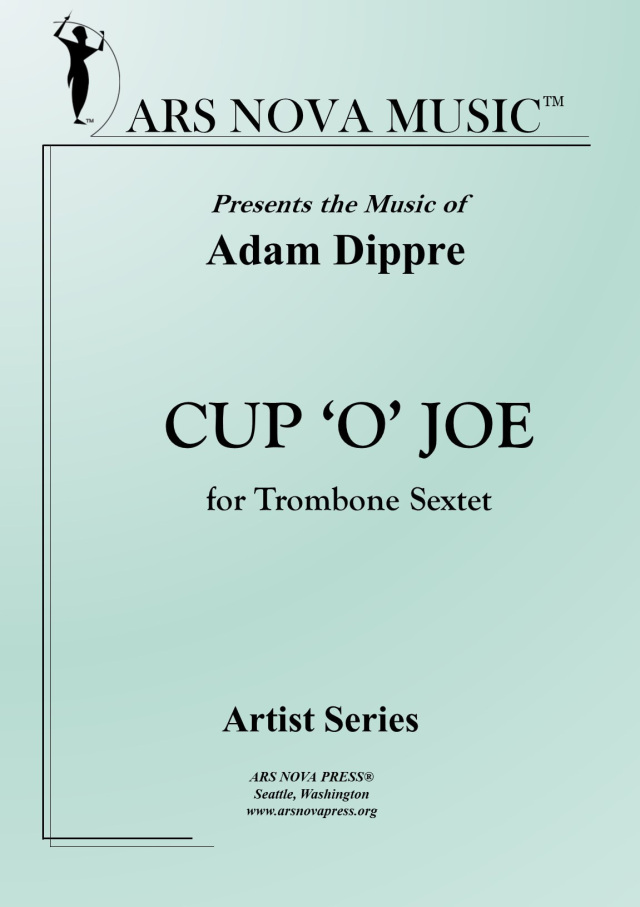 Composed for Trombone Sextet, Cup 'O' Joe begins with a blend of the styles rap and minimalism. As it progresses the minimalism comes to the forefront in a floating manner until abruptly jumping into a belligerent lack of jazz and a reprise of the beginning. From then on, it begins to break down and deteriorate as members of the ensemble are instructed to lose focus and begin talking rudely on their phones. The piece ends with a twisting of the original statement as it splits into multiple divisions of the beat and chromaticism until finally uniting everyone in unison.